Leaden grey skies and the occasional shower did not deter the twenty people who joined our birdwatching walk around Roundton Nature Reserve.  In fact, the weather had more of an impact on the birds we hoped to see, as they were generally staying sheltered and being consequently hard to spot!

Led by our local bird expert, Leo Smith, we explored the different habitats the Reserve has to offer — woodland, wild flower meadow, fields and open hillside — and searched for the different bird species each one holds.

The absence of swallows, martins and swifts, even over the wild flower meadow where they would normally expect to be seen, was noted and reflects an apparent national scarcity.  Hopefully, they will turn out to be late arriving in the UK this year rather than simply down in number.

Chiffchaffs were heard loudly ‘chiffchaff-ing’, and occasionally glimpsed in the pockets of  woodland around the reserve, and a great spotted woodpecker was heard then seen.  The undoubted highlight of the walk, though, came towards the end as we descended from the shoulder of Roundton Hill: a pair of peregrines flying around the summit. 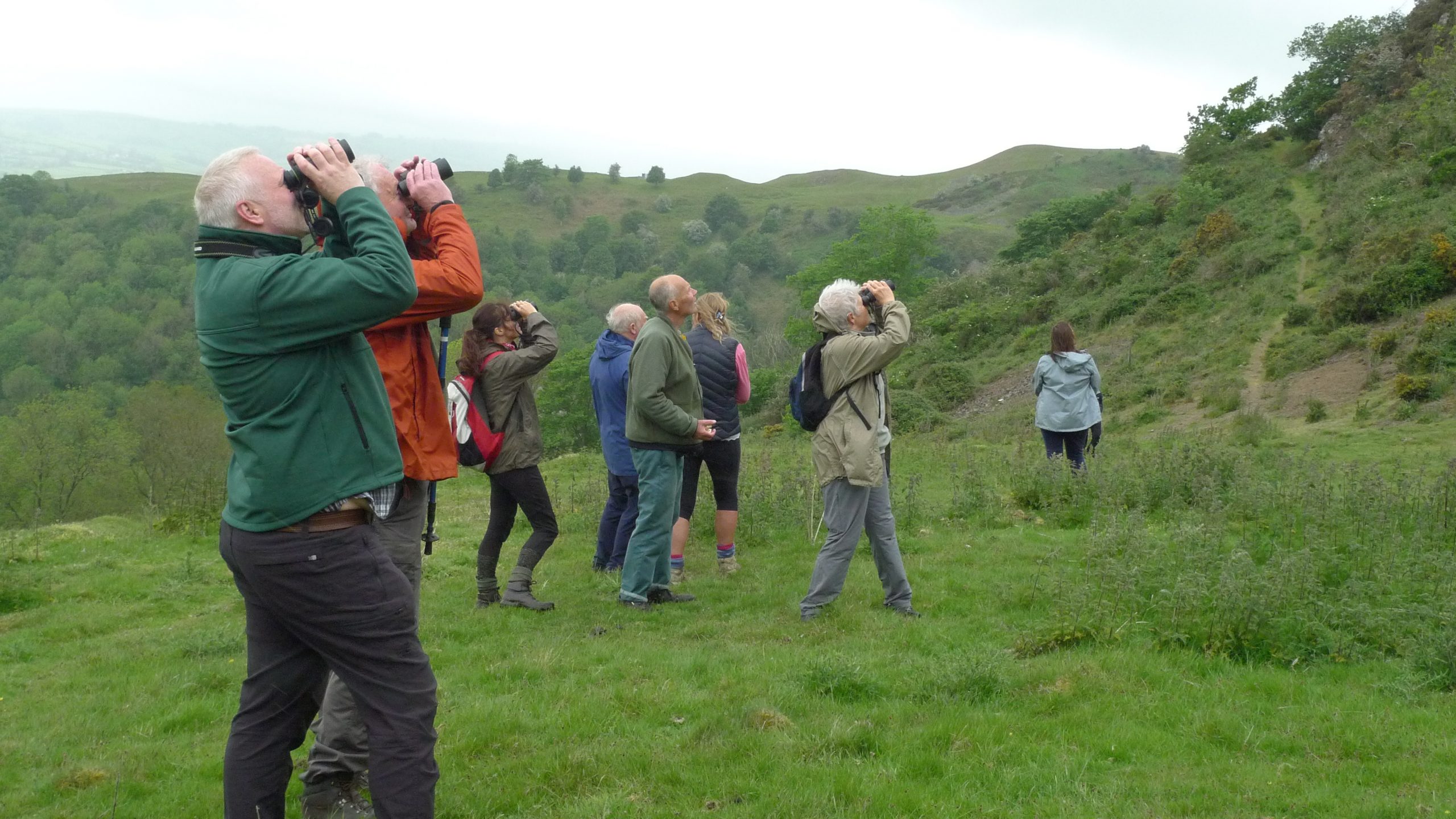 During the walk, Leo described the work being done by our group and others to monitor the numbers of curlew and lapwing, both of which species have been in sharp decline for some time.  He explained that collecting the data was vital to identifying the scale of the problem, knowing where birds were nesting (and therefore where protective measures should be deployed) and understanding the reasons behind their fall in numbers.

Roundton Nature Reserve is owned and managed by Montgomery Wildlife Trust, with whom we jointly hosted the event.  The Trust’s Living Landscape Manager, Mike Winstanley, explained the work done by the Trust at Roundton and how it is developing relationships with landowners across the county to preserve and improve the habitat for wildlife.  Reserve volunteer Steve Wright was also on hand to identify which bird species were in the many nest boxes across the site.

Everyone who came really enjoyed the walk, and given its popularity we are already thinking of it becoming an annual event.

The full list of birds seen and/or heard was as follows.