The crayfish survey project started in 2019.  It was carried out under licence from Natural England and with the support of the Environment Agency.  The aim was to investigate upstream of a known site for the native White-Clawed Crayfish (Austropotamobius pallipes) on the Cound River at Leebotwood (in this area it is more characteristic of a stream and is still referred to as Cound Brook). 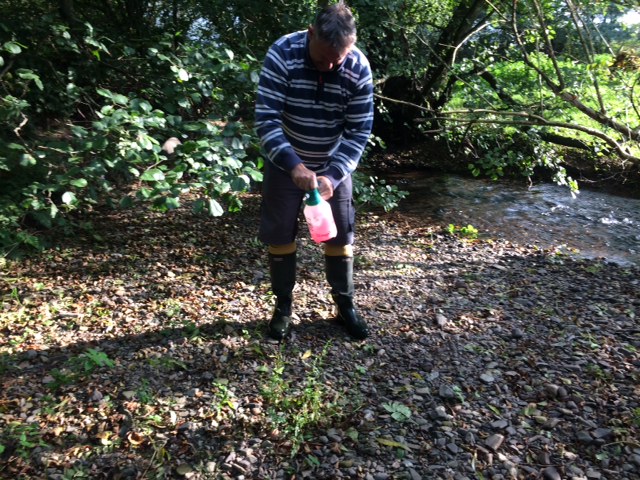 Disinfecting prior to starting the survey  (Photo: Stephen Butler) 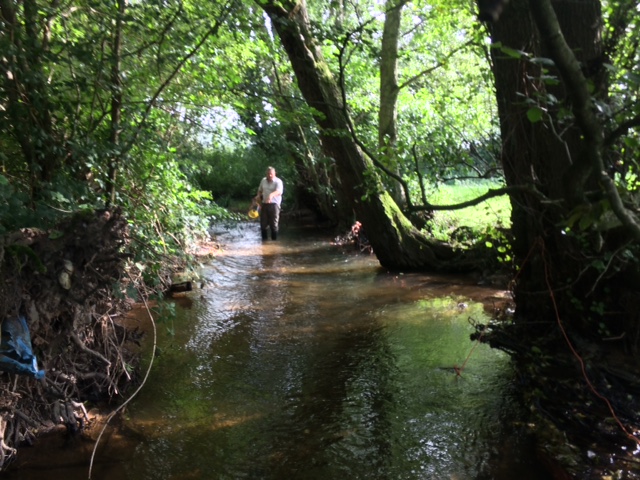 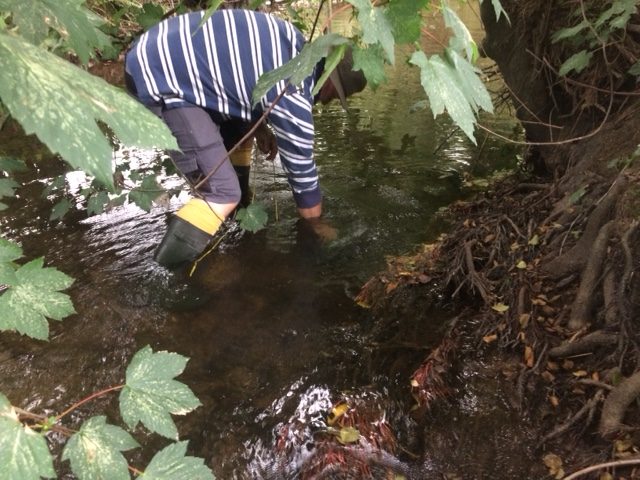 The search aimed to uncover any reasons for the apparent absence of the species southwards into the Stretton Valley.  These might include Water Quality (pollution, water chemistry & human activity), predators and physical barriers.

Surveying for native crayfish is confined to the months July to September.  Earlier than this the females are still carrying young and afterwards as the temperatures fall the adults seek out mates in order to reproduce.  They then find refuges to overwinter in and are almost impossible to find.

Disappointingly, despite extensive searching using techniques including  stone-turning, night-time torching and later cylinder-trapping, no crayfish were recorded in 2019.

The Cound River was surveyed again during July-to-September for the native White-Clawed Crayfish.  Unfortunately, as in 2019 no crayfish were seen despite stone-turning, torching and live-trapping (under licence.)  It was therefore decided to extend the survey further downstream from the Leebotwood site, to find a population then move back upstream to find the cut off site.  This might point to a possible reason for their absence, so a half-mile section was chosen.

Despite the assurances of the landowner that they had regularly seen “lobsters” in previous years, no crayfish were found during August and early September. Environment Agency then advised moving to a proven site near Dorrington.  However, despite anecdotal reports of previous year’s sightings, again no crayfish were found.  If the population has crashed through “crayfish “plague (discovered near Longnor 2018) it parallels a depressing national trend.

There are plans to create an “Ark Site” near to the South Shropshire stronghold, where the species can be protected.  However, as the plague can be carried by otters, herons and anyone who moves from an infected site to another water body, and the American species which carries the disease can wander more than a mile across dry land, this is no easy undertaking!

Let’s hope that one day we will see native Crayfish in our local streams again. My thanks to all who helped with manpower, permission and advice.

Reports of the surveys are included in SACWG annual reports, available here  (PDF) 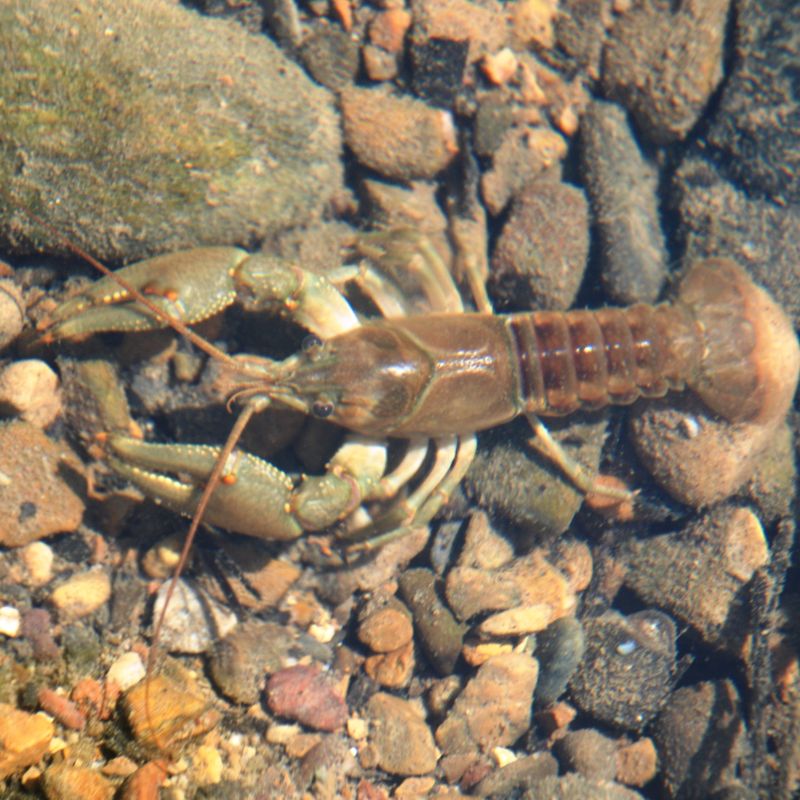