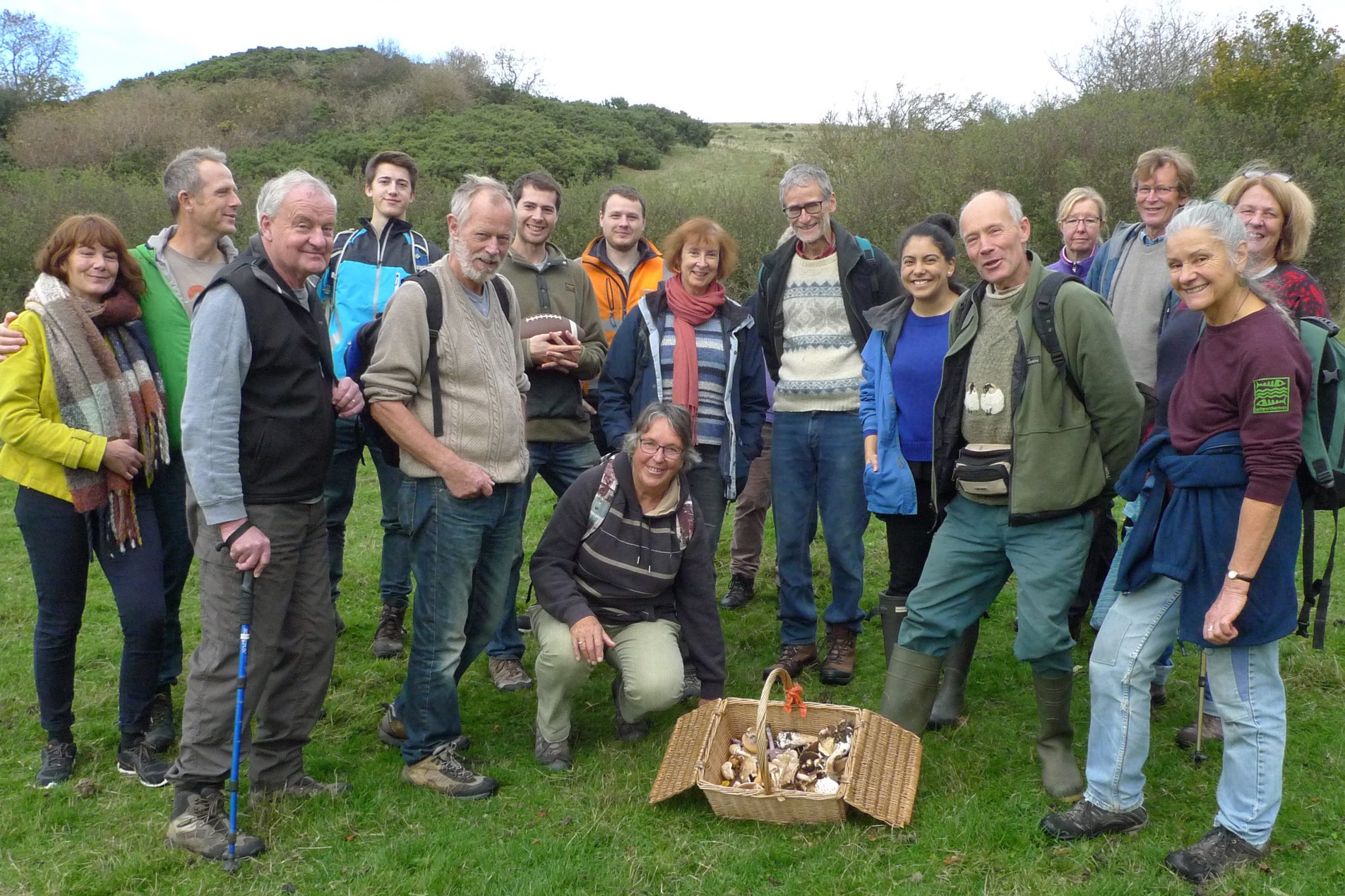 On a pleasant Autumn morning, more than twenty people joined our ‘Fungi Foray’ exploring the different types of mushrooms, toadstools and other fungi growing on and around Roundton Nature Reserve.

Led by fungi enthusiast Rob Rowe, the group found plenty of types before we had even left the car park! Moving up on to the hillside, we learned that there are around 15,000 species of fungi to be found in the UK alone, and that many are associated with particular trees: oak, beech and birch often host several different types, while ash and sycamore tend to offer little for the fungi hunter. 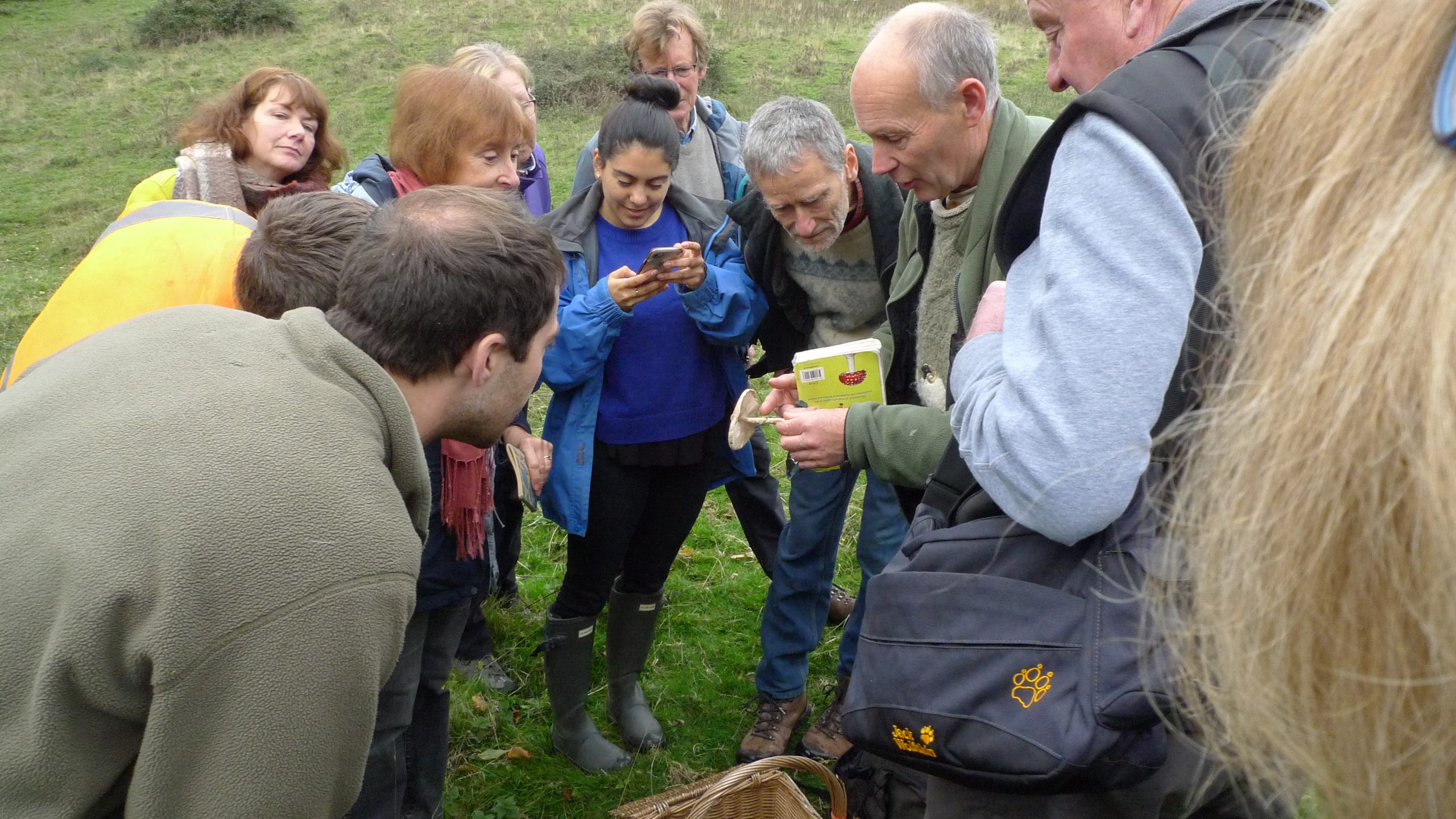 With 15,000 species of fungi in the UK to get to grips with, even Rob was unsure of the exact identity of these pale purple mushrooms 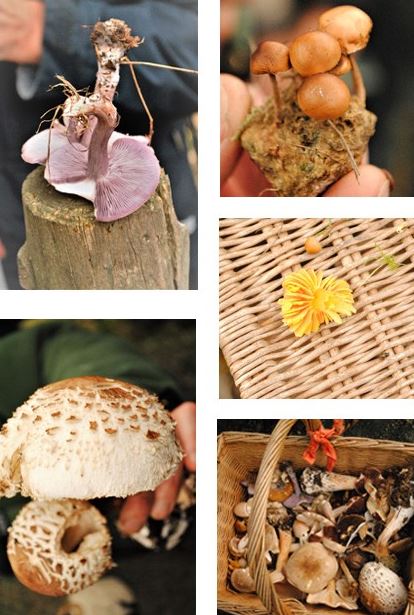 A selection of the specimens found during the Fungi Foray