A win for the swifts!

Swifts in the Strettons – Update

Swifts pair for life and are faithful to their nest site so when a site is lost, usually due to renovation, it can be catastrophic for the pair. The numbers of swifts breeding in the UK has declined markedly and they are now a Red List (Endangered) species, so it is important to protect their existing nest sites as well as encourage new sites. Swifts build a very small nest of a few wisps of cobwebs, perhaps a feather or two caught on the wing – all of which disintegrate over the winter. There is little poo to speak of too.

The wonderful communal screeching between pairs and juveniles as they fly around our buildings is an iconic sound of the summer, a sound we are perhaps not even aware of until the skies go quiet in August. One of the soundscapes played throughout the international stage play War Horse was of swifts screeching – a call of remembrance to the soldiers fighting on the front line during the First World War, and symbolic of England’s green and pleasant land.

Paul and Lauren Smith of All Stretton have been renovating their new home this past year. As a result of lifting the roof a swift nest site was disturbed and this meant that the pair of swifts which had returned from Africa have been unable to breed this summer. After discussions with Paul, Lauren and Tom Foulkes of TAF Home Improvements Ltd (who has been fitting their doors, windows, soffit and fascia boards) Tom designed, built and fitted a bespoke nest box, sited in the same location as the nest. Tom made the box out of white uPVC to protect it from the weather and give it longevity, including holes in the base to allow for air circulation.

Hopefully the pair of swifts who have previously called this house their home too will return next year to breed in their new box.

If you would like to help this endangered species by installing a swift box on your home, or you are planning on doing roof renovations and would like to incorporate a swift box into your design please contact Julie Cowley on 07580 159 183 or email her.  There are many options of swift boxes available and as we have seen with the great design that Tom has built, a bespoke box is also possible. 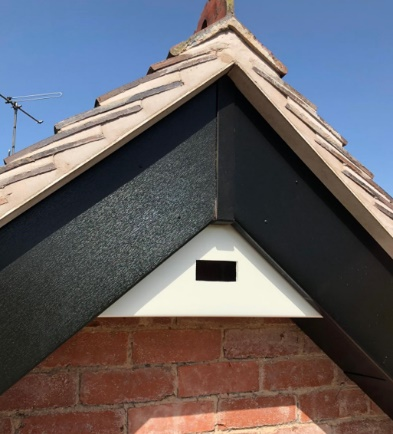 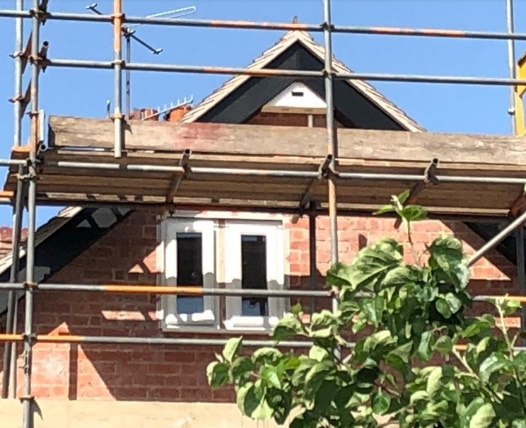