This project is currently inactive

Would you like to find out more about moths in YOUR garden? Data from moth trapping has become an important factor in measuring the state of Britain’s wildlife.

Recording of moths in the Strettons area was very active in the 1930/40s but a more current picture is lacking. These surveys will contribute to our understanding of moths in Shropshire.

This ongoing SACWG survey is a way to bring moths and moth trapping to the attention of the community by actually taking moth traps to the homes of our members.

In the evening a basic introduction to moth species is given (as well as the usual Health & Safety talk). The traps are set up and instructions about switching on and off and what to do in the morning are given. We arrive at a pre-arranged time in the morning and open the traps and identify the catch. Information about species, habitats etc., are given and photographs taken as desired.

The surveys allow us to collect records from all parts of the Stretton’s Area, which is not usually possible. Our objectives are two-fold: namely that we are able to get records from a variety of habitats and that the often impressive catches of some spectacular moths will lead to other members getting involved in our moth fauna and perhaps even joining the Garden Moth Scheme.

The last book about the larger moths of the county, “A Natural History of the Butterflies and Moths of Shropshire,” by A.M.Riley, was published in 1991.

“The Smaller Moths of Shropshire: their Status, Distribution and Ecology,” by Godfrey Blunt, was published in 2014 and includes the records from our surveys. Check out what is known about the micro-moths of the Strettons and Long Mynd here.

We encourage members to send us reports of casual sightings of moths. Please email us at sacwg@shropscwgs.org.uk.

Since the start of this survey, we have made several garden visits. For full details, see the Annual Report on the SACWG “home” page for the year in question. Moth populations vary month by month and catches are influenced by temperature, cloud cover, moonlight and very bad weather, etc. 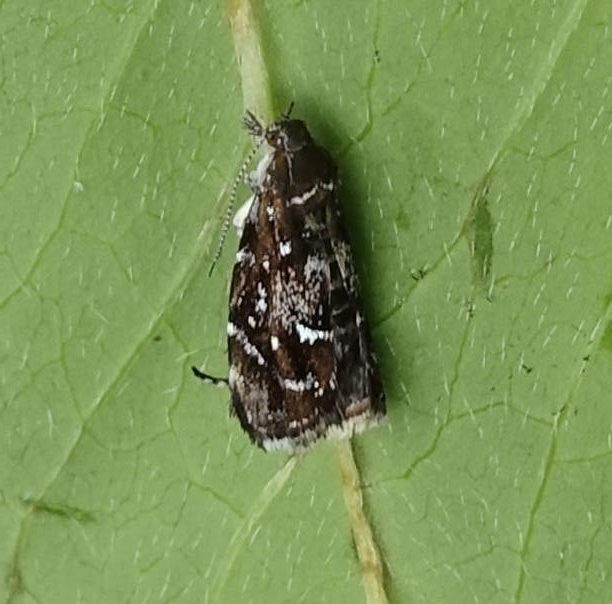 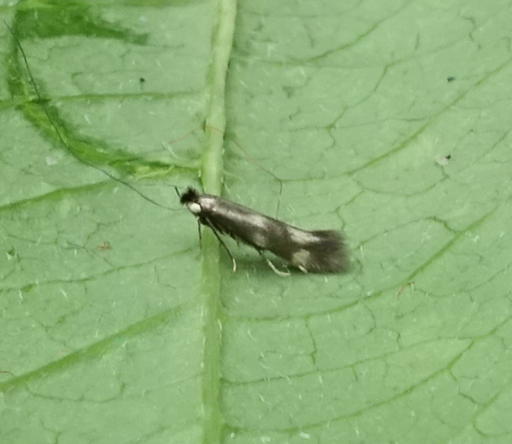 It was almost the end of May when, for the first time this year, we had more than 30 moths in the trap. Not encouraging signs for offering to visit local gardens!

Then a hectic couple of months where there never seemed to be time to organise such trips, so it was mid-July before we ventured out, and this in connection with the studies of the wetland site off Ludlow Road.

Just over 50 moths were trapped (of 37 species) but, during the day, more species were discovered, one of which was Prochoreutis myllerana. This moth was recorded in the 1980s in the Wyre forest but there has only been one Shropshire record since that (2013 at Aston Locks) so this was an extremely interesting discovery.

Our next garden visit was in All Stretton in mid-August when we ran 3 traps. In total we recorded 77 species and we gave up counting the number of moths! Bucculatrix nigrocomella was only the 5th Shropshire record. Its caterpillars mine the leaves of ox-eye daisy.

At the end of August we returned to the site in Bagbatch which we had visited 15 months before, with high hopes of some good moths and were not disappointed.  With 60+ species recorded and over 300 individual moths, one new to us was an immigrant moth commonly known as a Rush Veneer. Although these are regularly recorded (if scarcely), this was a first for this area.

As part of a training session for NT volunteers, a trap was run at Carding Mill in mid-September. Some 20 species (around 70 moths) were found, typical of late summer expectations.

A talk on moths was given by Graham Wenman to the Parkinson’s Society at the Mayfair Centre in late-September.

We hope to “do” more gardens in the near future. Could our next be YOURS? 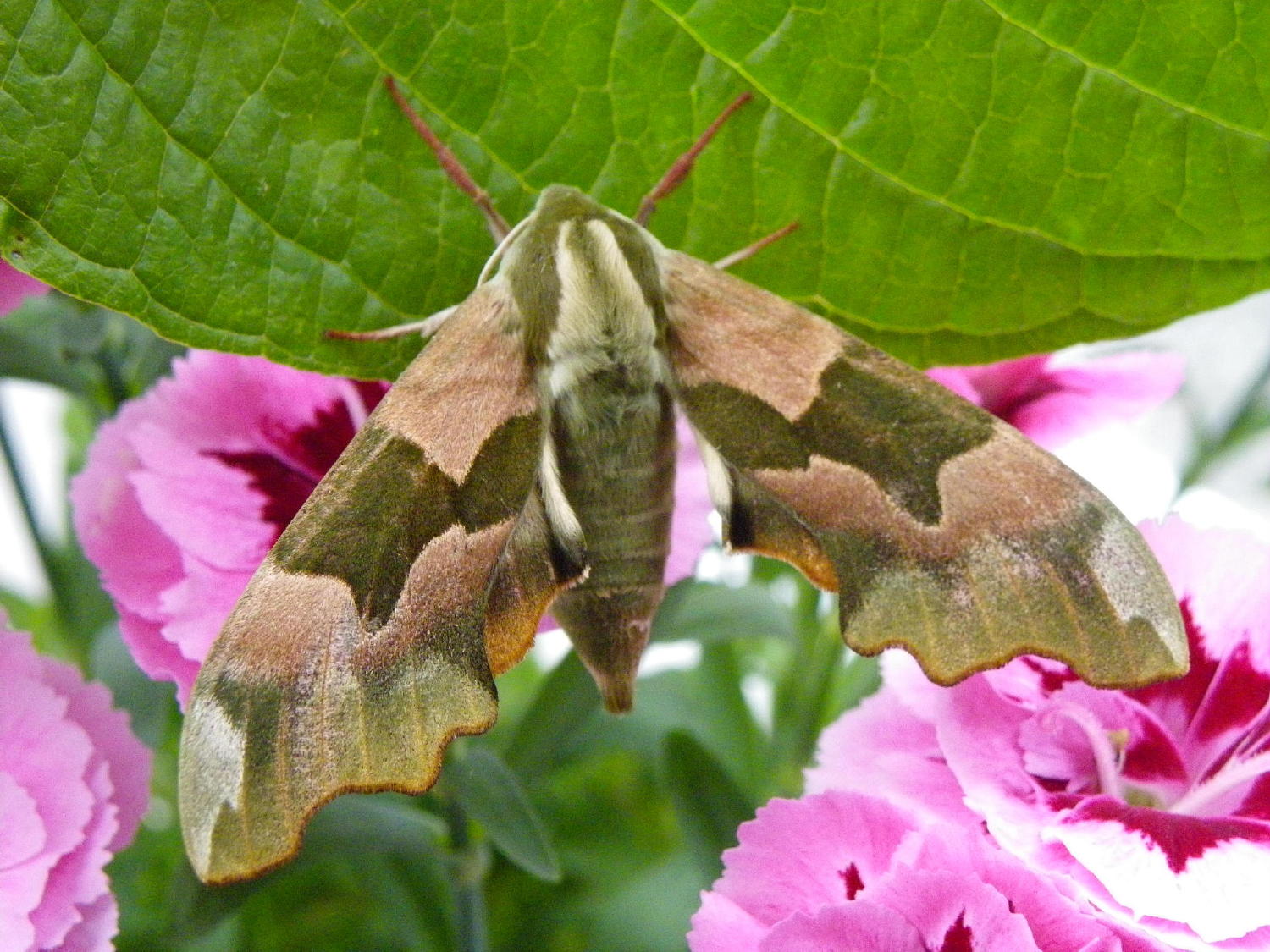 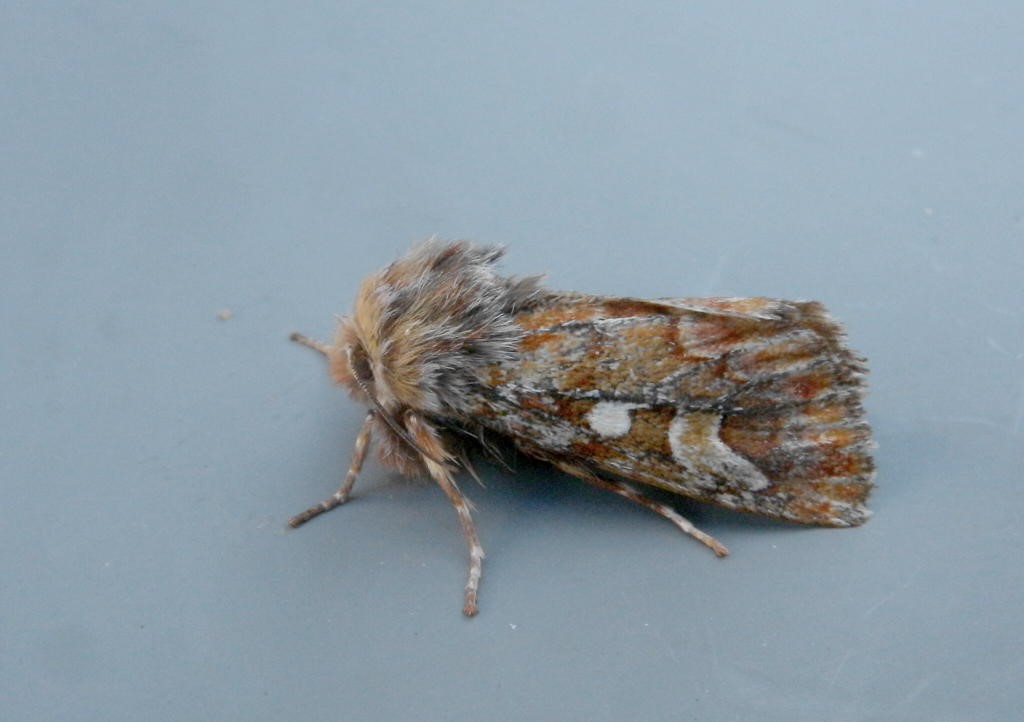 So far this year we have performed 4 garden surveys.

The first, on 10th April, was at a “town centre” site, where we had surveyed the previous year on 30th May. The contrast was very noticeable with only 32 moths from 2 traps. However, it resulted in our first Pine Beauty.

Our second sortie was to a “country” site in Bogbatch where we ran 3 traps and caught more than 100 moths of 44 species, including several interesting micro-moths.

Two weeks later a trap on eastern Sandford Avenue, run in the pouring rain, thus reducing the catch, resulted in only 50 moths of 22 species, but if you have ever been close to a pristine Lime Hawk-Moth, you will realize what a splendid beast this is!

Our last outing of the year was to Clive Avenue where we trapped more than 120 moths (43 species) and had a number of interesting moths in our 3 traps. 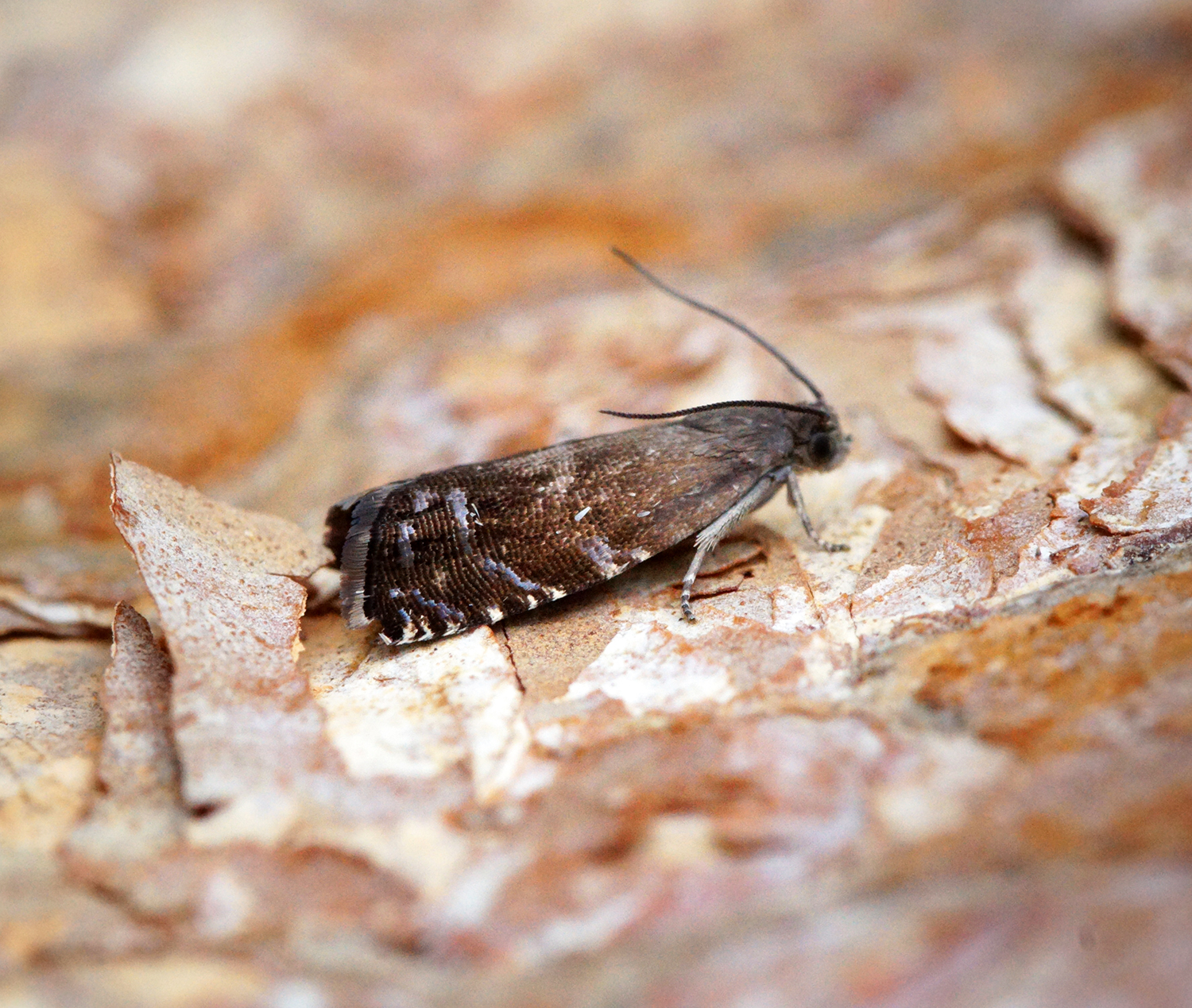 We managed to visit only 4 gardens this year, between 30 May and 9 August but, nevertheless, it proved to be a significant year in terms of the number of moths and species caught.   In the 4 visits we caught 750 moths of more than 200 species.

Of these, one (Cydia illutana) was NEW TO SHROPSHIRE and there were several species of moths caught which were of significance. 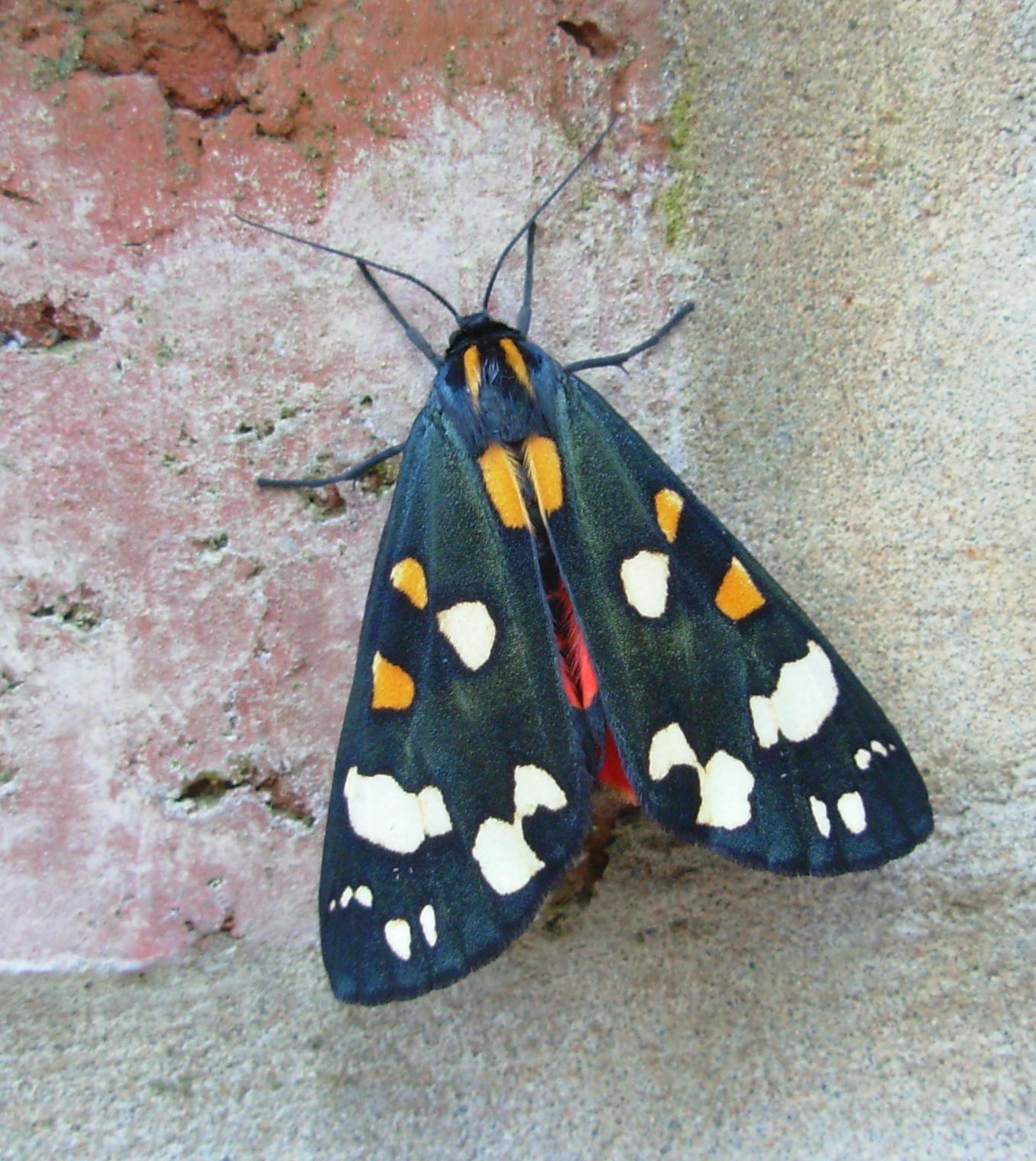 The highlight of the year was the discovery that the Scarlet Tiger Moth was breeding in Church Stretton.