In 2017 SACWG had a major publicity and fundraising campaign to raise funds to provide a boardwalk along the footpath. Volunteers ran a wildlife quiz, a plant stall, a three-course candlelit meal and a music evening. Grant funding was sought and public donations welcomed.  After several busy months, a total of nearly £14,000 was raised.

In January 2018 a boardwalk was built under the supervision of Shropshire Council’s Public Access team and considerable volunteer input.

As a means of thanking the community and volunteers a public opening ceremony for the new boardwalk took place in April 2018 on a glorious warm sunny evening. The information panel was unveiled by some of the generous donors including the Shropshire Hills AONB, the Jean Jackson Memorial Trust and the Pathways Fund of HF Holidays. The ribbon to officially open the boardwalk was cut by landowner Ann Griffin with the support of the town mayor, Mike Braid, and then both led an inaugural walk along it.

Since then the boardwalk has proved very popular and is well used. 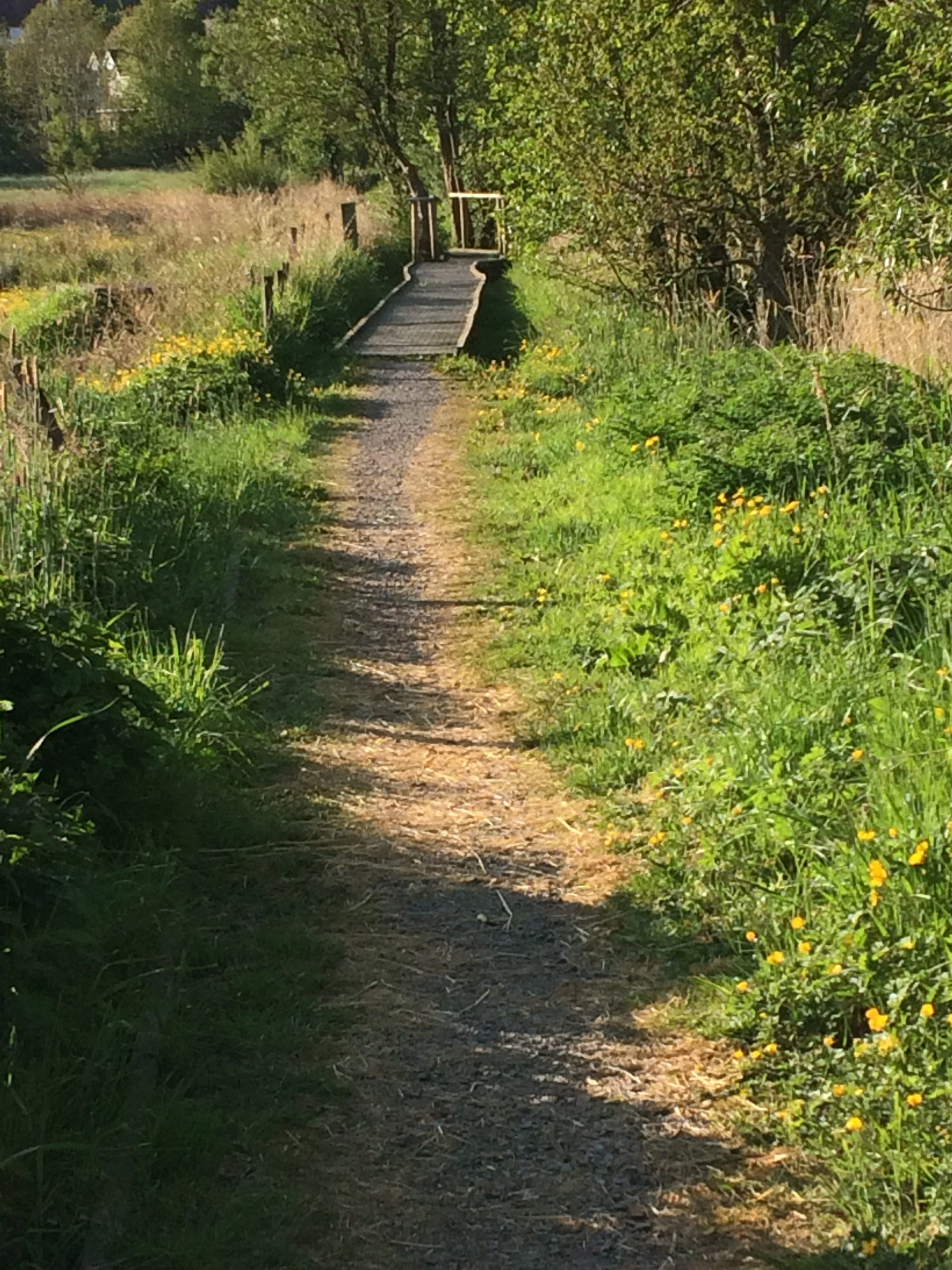 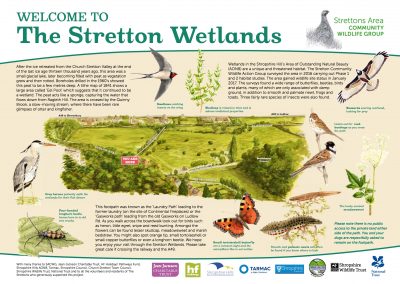